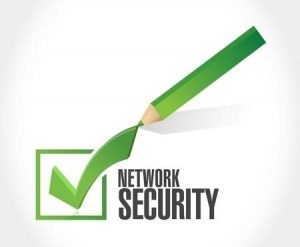 Network security protects against many threats. Consider some of the things which you could be leaving yourself wide open to. It’s more than just a teenage hacker with too many energy drinks playing practical jokes from his mother’s basement. Cybercrime as a Service (CaaS) is a multi-billion-dollar industry. It’s so big there are tech firms that basically specialize in cybercrime. Many of these are located overseas, but an industry so large isn’t comprised merely of individual hackers. They’re loosely confederated in many respects. CaaS brings multiple talented minds to the forefront in order to undercut businesses and corporations.

Ever heard of ransomware? That’s where your information is held hostage against a fee, and if that fee isn’t paid, your information is effectively “erased.” Then there’s malware designed to control networks overtly and subtly. Additionally, you’ve got adware and spyware. Spyware can give your secrets to competitors, while adware can clog your network and reduce its effectiveness.

Sometimes, malware hides in the background until a concerted attack is orchestrated by some hacker group, as happened in the latter half of 2016. Basically, a family of third-party smartphone apps ushered in hidden malware used to confederate millions of smartphones into an attack apparatus that crashed several big-ticket agencies like PayPal and Spotify.

When you get down to it, you really need network security. This is a step that can’t be avoided if you want to secure operations. Depending on the kind of business you run, there are multiple types of security worth pursuing. These include:

A Summary of Security Solutions

When you can control the access of your network, this prevents subtle security breaches. Antivirus and antimalware protections help reduce instances of hostile software being downloaded on your network and activated remotely later.

Your applications could also include malware, and need to be scanned to ensure they’re “on the up and up,” as the saying goes. If your system is behaving irregularly, there could be some subtle program being manipulated by a hacker behind the scenes— such security helps catch these instances. Data loss prevention can be facilitated by cogent backup and data recovery systems.

You’ll also want some kind of security to protect your email. Certain messages should be screened and automatically deleted. Firewalls are designed to keep the villains out, but they’re clever, so you’ll need more than these. Intrusion prevention systems don’t stop Trojans which come through emails.

Mobile devices can also be a “back door.” Segmenting networks reduces a “domino effect” that can come from consolidated network infection. Managing information and events also helps prevent intrusion, as does facilitation of a secure VPN. General Internet and wireless security likewise rebuff possible intrusion.

Ultimately you need to keep an eye on the activity on your network, looking for anything that doesn’t look right or is not in accordance with policy.

When you’re looking for network security that protects all these common areas of compromise, we at onShore Security can offer you our Panoptic Cyberdefense that protect your network.