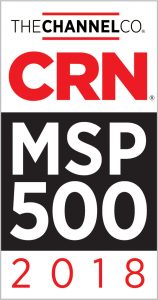 onShore Security has again been listed on CRN’s MSP 500. In particular, onShore was selected for the Security 100, a shortlist featuring companies that focus on security. END_OF_DOCUMENT_TOKEN_TO_BE_REPLACED

onShore Security’s Chris Johnson wrote in his entry for MSPblog about a common misconception in cybersecurity.

“Many people assume that technology should be doing all of the work when it comes to security (i.e. more alerts = less risk). While technology is a vital part of a robust security posture, it shouldn’t stand on its own. Essentially, blinking lights and shiny objects don’t make you more secure, nor should it be what you base your security service offerings on.”

Spectre and Meltdown are a pair of newly discovered cyber attacks that “exploit critical vulnerabilities in modern processors”. These programs, which can attack PCs, mobile devices, and even cloud-based machines, seek sensitive data in the memory of other running programs. In particular, Meltdown penetrates the barrier between user applications and the operating system, allowing a program (the exploit, in this case) to access the memory of other programs, including the OS. Software patches against Meltdown and Spectre have been developed, but are reported to be buggy and could potentially cause problems. END_OF_DOCUMENT_TOKEN_TO_BE_REPLACED

The following is written by Tressler LLP’s Todd Rowe. The original post can be found here – “One-Size Does Not Fit All: Court Finds Not Every Crime Involving A Computer Is A Cyber Crime”

onShore Security’s Chris Johnson recently gave this talk on segregation of duties to an audience concerned with cybersecurity and compliance at SIM’s 2017 Cybersecurity Summit.